Guide To The Different Types Of Abortion

Not every journey of parenthood ends in fruition through the birth of a child. Sometimes, this journey is cut short through abortions – either spontaneous or planned, owing to a wide range of reasons. An abortion is the termination of a pregnancy with the expulsion of a fetus from the carrier’s uterus. It is certainly important to acquaint yourself with the ins and outs of motherhood, parenting, and what it is like to welcome a child into this world. But, it is also equally important to do ample research and be completely aware of abortions, and what it could entail for everyone involved, particularly the woman. Keep reading to know about the different types of abortion.

In India, abortion continues to be a taboo, with people seldom deeming it important to talk about it. Owing to a set of religious and cultural precepts, we still don’t tell our expectant mothers and fathers about abortions and the potentially life-changing after-effects of the procedure/occurrence. Neither do we shed light on the fact that sometimes, abortions go a long way in saving the life of the mother in dire circumstances.

Abortion can be a choice or in some cases, a necessity, too.

However, with the introduction of the Medical Termination of Pregnancy (MTP) Act in 1971, abortion has been legal for the last 50 years. This goes one step further to ensure accessibility for women to safe and legal abortion services, at least in theory. We advise being aware of the act and also speaking to a medical health professional. Know about the legal aspects of abortions in India to be as prepared as possible.

Abortions are usually classified as in-house or surgical procedures. Here are the different types of abortion and what they might mean for you:

Spontaneous abortion or a miscarriage is the natural loss of pregnancy before twenty weeks of gestation. In a spontaneous abortion, the carrier does not consent to the termination of the pregnancy. It might occur due to a wide range of causes, some of them being genetic abnormalities, alcohol use, drug use, hormonal issues, chronic diseases, environmental exposures, and structural uterine abnormalities.

A medical abortion entails the mother consuming pills to terminate the pregnancy in the womb. The medications that medical professionals typically advise to take are Mifepristone and Misoprostol. While the former prevents a pregnancy from taking place, the second kick starts the process of aborting the fetus. This begins 1-5 hours after a person consumes the pill, and the carrier will likely experience heavy bleeding and cramping. It could also sometimes lead to heavy physical discomfort in the form of dizziness, nausea, diarrhea, fever, etc. that might stem from the bleeding.

Women in their first trimester usually opt for this type of abortion. It is generally considered low risk as it does not involve a surgical procedure and because it can mostly be undertaken at home. The downside, however, is that once the carrier surpasses their first trimester, medical abortions can no longer be an option.

Medical professionals usually administer this procedure in a hospital. The doctor administers general anesthesia to the carrier and begins by inserting a speculum into the vagina of the woman. Then, with the help of dilators, the cervix is opened and the pregnancy tissue is extracted with forceps. With the help of suction, the remaining tissue is removed entirely.

Dilation and Evacuation is generally a safe and effective way to terminate pregnancies in the second trimester. But in some rare cases, it might lead to heavy bleeding, infections, or injuries to the uterus.

One of the other types of abortion is labor-induced abortion. This abortion takes place in the final stages of pregnancy – in the third and final trimester. Medical professionals usually suggest this process in rare cases. It could be cases where severe complications occur or when the carrier’s life is under threat. Labor induction usually involves the carrier being administered medication to start labor and delivery of the fetus over a course of 12-24 hours. This medication is given either orally, placed in the vagina, or injected into the uterus.

Since this kind of abortion is the most taxing on the carrier, women who undergo labor-induced abortion might need to recover for 2-3 days in a hospital. They may also need pain medication or anesthesia. This could help to stave off the intense physical pain and discomfort associated with the procedure. Some of the complications that may occur are hemorrhage, cervical injury, infection, rupture of the uterus, and incomplete release of the pregnancy tissue. But at the end of the day, if the completion of pregnancy might put the carrier’s life in danger, there is a high chance that labor-induced abortion might come to the rescue.

For the most part, even today, people look at abortions through a negative lens. Most people choose to overlook the psychological consequences that abortions might inflict on the mind of women. Several women who have had abortions can go through periods of negativity, a tarnished self-image, or feelings of avoidance or denial even months after the procedure.

Make sure to reach out to a reliable doctor to figure out the type of abortion that works for you.

Women who have had spontaneous abortions might also suffer from feelings of inadequacy or a failure on their part to protect the fetus. This can happen even though the abortion had occurred due to reasons that were outside their purview or control. Therefore, it is important that we give ample time, support, and compassion to women who go through abortions. This will help them to fully bounce back from the procedure, both physically and mentally.

It is also important to realize the need to transmit knowledge of and conduct open conversations about safe sex and abortion to our younger generations. Being a mother is an incredibly taxing, exhausting prospect and a long-term skill that might not be for everyone. Sometimes, abortion allows one to reclaim their agency over their old life and is a liberating medical procedure. It can help ensure that no woman has to go on with a pregnancy that might debilitate her physically, mentally, or financially. It reduces the number of struggling single moms, as well as lowers the chances of leaving a child in need of parental care and affection.

To learn more about the good and bad that parenting might carry, visit ImmunifyMe or read our blogs by downloading our app, and take that research one step further.

FAQs On The Different Types Of Abortion

What Are The Three Types Of Medical Abortions?

A medical abortion is one type of abortion. It involves taking certain medications to abort the fetus. These are mifepristone (Mifeprex) and misoprostol (Cytotec). There are also other types of medication you can use, though these are the most common.

What Is D And C Abortion?

A D&C abortion is a dilation and curettage abortion. D&C refers to a type of outpatient procedure that removes tissue from your uterus, and you may need it if you’ve had an abortion or a miscarriage. Your healthcare provider can also use a hysteroscopy along with a D&C to find the cause of unexplained bleeding.

What Is Septic Abortion?

How Do I Clean My Uterus After A Miscarriage?

Your healthcare provider will likely recommend dilation and curettage (also called D&C) to clean out your uterus. By this procedure, the doctor can remove any remaining tissue from the uterus, cleaning it out. 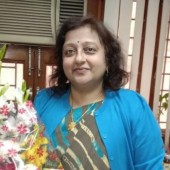 Dr. Rakhi Gupta has completed her post-graduation in Obstetrics & Gynaecology from the prestigious King George's Medical College, Lucknow. With over 40 medals to her credit, she has been in practice since 1999 and has also worked as a fellow doctor at Hospital Charles Nicolle, France. Dr. Rakhi Gupta is an active member of the Association of Gynaecologists of Delhi (AOGD/FOGSI) among other organizations, and treats her patients in person as well as remotely with the same levels of dedication and care.

Cardiac Arrest vs Heart Attack: Let’s Get Our Facts Clear

The fungal infections – Black, White, Yellow, know all about them here